Elgaland-Vargaland at The Venice Biennale | May 2017 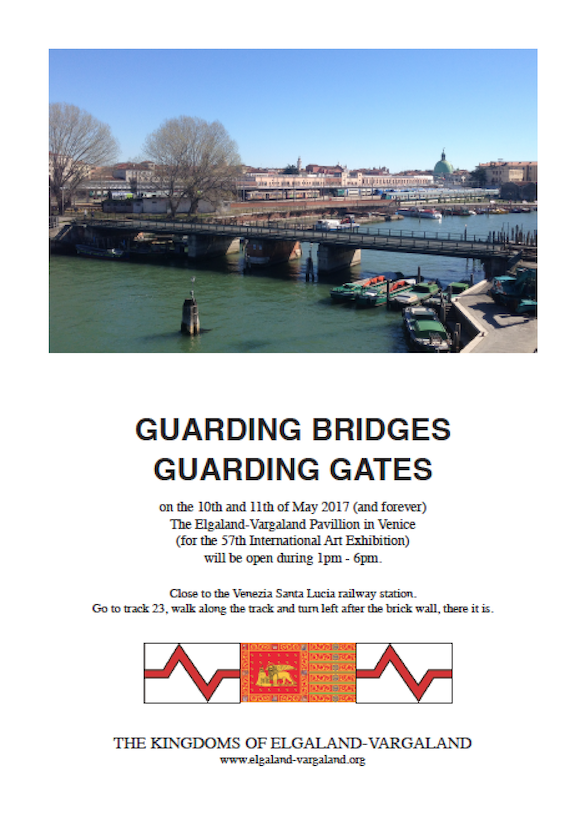 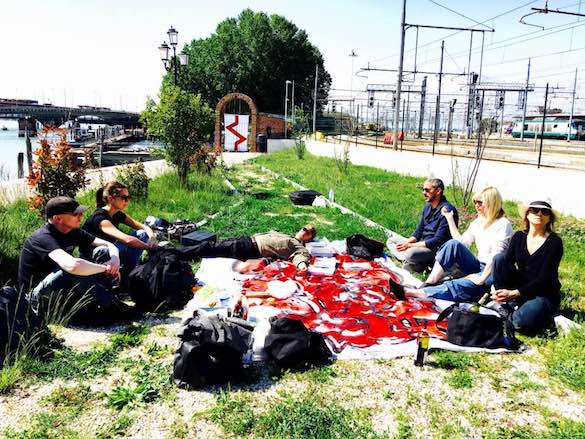 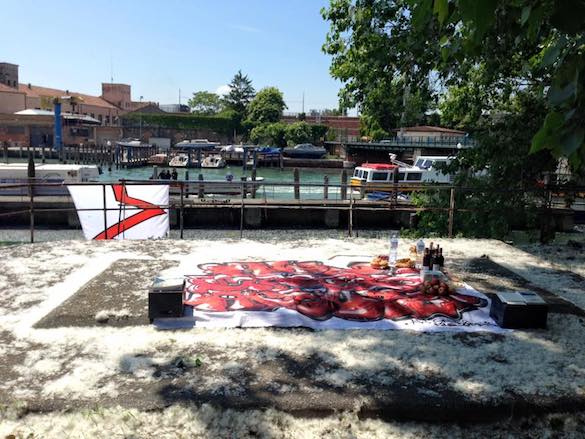 the pavilion was an older site for a canoe club by the railway station : some of the boat people came and asked what was going on and then ok:d it : then an armed guard came and asked what was going on and ok:d it after telling us that filming is not possible : then four armed police officers came and told us to leave the area since it belongs to the railway : we re-located to the small park just outside the pavilion where we laid out the All Gates Are Open sheet : then the armed police officers came again and said that we could not have our flag on the gate to the pavilion and then the police confiscated the red and black Elgaland-Vargaland banner : the second day we re-located to the former house where wine barrels were made in the past (Corte Botera) and proceeded to taste the Elgaland-Vargaland wine (a wonderful Nebbiolo) brought by the KREV Minister for Wine an Pleasure Mr Allessandro Avataneo : then we had the National Dish in the area.